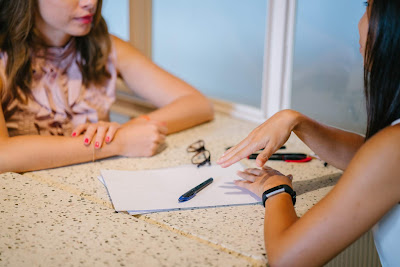 ‘Could you introduce yourself briefly, please?” This question was part of the opening ritual of almost every meetings that I have been to. Likewise, an inevitable question in any job interview was, ‘tell us something about yourself?’ Though every member of the interviewing panel had a copy of the candidate's resume, this question was also part of the ritual. The answer to the question was indicative of the candidate’s confidence and self-image besides the communication skills.
Following the pattern of letter writing in the Greco-Roman world that he lived, Paul greets the churches in Rome to whom he wrote the letter with a self-introduction. However, his introduction was unique in many ways. First of all, it was rather unusually long (1:1-6), six verses!
Unique it was in another sense too. He just mentioned his name, ‘Paul’ and his job, ‘Apostle.’ He said that he is an apostle for the Gospel of God. Then the rest is all about Jesus! The part about him was unusually short. He begins with Jesus’ status in his incarnation and his exaltation in resurrection. Then he talks about our relationship to Jesus—he is our Lord. Then he becomes eloquent about what Jesus has done for all of us—he gave grace and apostleship. The purpose of all these being to bring the nations including the church in Rome to obedience.
Paul has a lot to say about himself. He talks about himself in other places as a thorough-bred Jew, well educated, respected in society and the list goes on (Phil 3:5). But he was not boastful but to say that how he considered all these as trash in comparison to Christ. For Paul all that matters is Christ. He has come to a stage in his spiritual maturity where he has nothing to say about himself than who he is in Christ.
Now, could you introduce yourself?
at August 20, 2019

Turn dire circumstances for the glory of God

The way we face the dire circumstances in our life could lead to the wider glory of God. The story of Daniel illustrates that point well. ...