The Prodigal and the Party Pooper! 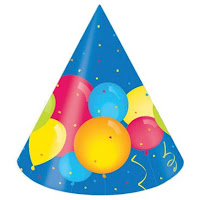 Are you a party pooper? Hold on! In order to clear the air, let me first talk about a party pooper that I found in the Bible.
The story of 'the prodigal son' is popular among Christian preachers and Sunday School students (Luke 15). However, the focus usually is on the younger son who is labelled as the 'prodigal.'
The two sons had two different approaches to life. The younger one preferred indulgence and instant gratification. He wanted to enjoy all that life has to offer in one sip! So, he couldn't wait for his father's death to get his share of wealth to spend it on the type of life that he has been longing to live. So, he forced his father to give him his share of the property. He lived the way he wanted until he found himself penniless. His poverty drove him to the extent of snatching fodder from the pigs to beat his hunger. However, he repented and returned to the father.
The other one tagged along with his father's business never finding time to enjoy life. In the story, Jesus portrays him as a hardworking, loyal son. He was on the farm when his younger brother returned home. The party to celebrate the homecoming of the 'prodigal' had already started by the time he reached home.
It is very important to note that the father reached out to both with equal warmth. When the father saw the younger son walking towards the house, he ran to embrace him. He did not bother to find out if the son is coming to ask for more money! The servants told the father that older son is standing outside the house in protest. However, he did not waste a minute to go out to him and entreat him. The father tried to convince him the reason for the celebration.
The elder son's worries were two-fold. First of all, he was told that the younger brother who has taken his share of the property has come back. Has he come back to claim more of what remains? Since they are the only two sons of the father, once the younger got his share then all that remains belongs to him.
Secondly, he learned that the 'fattened calf' is slaughtered. In middle eastern cultures, rich families always keep an animal aside to be slaughtered on special occasions. They tie the animal so that it doesn't lose weight by straying around. They feed the animal rich food so that it gains more weight. Unlike modern days, ancients preferred meat with fat than lean meat. Probably, every day as he noted the calf growing fat he had the day of celebration in mind. This calf is going to end up on his plate his day of celebration whatever it could be. However, that is gone! That is why he shouted at the father, 'you killed the fattened the calf!'
His father cajoled him to come in. He assured him that all the property that remains is rightfully his. The father promised, 'all that is mine is yours!' Now, the calf that he was waiting to eat is slaughtered; why don't just join the party and get your teeth into your burger? The worry about wealth is also taken care of. Why spoil the party?
Many times we are party poopers in the Kingdom of God just as the Pharisees and the Jewish establishment of Jesus' day were. Our reasons may vary. They were not able to join  God's celebration that is going on in heaven when a sinner returns to Him. Before telling this story Jesus had already declared: 'Just so, I tell you, there is joy before the angels of God over one sinner who repents.'
We can be like the party pooper son when sinners repent and return to God by reminding ourselves of the damages they have done in their past life. That can kill our joy. Ananias did that when Paul (aka Saul) repented and turned to God. When God told him to go and meet the converted Saul, Ananias reminded God of Saul's wicked track record (Acts 9:11). However, as long as we are in the complain and blame mode we will not be able to join the party of God.
at August 01, 2018