Heat is not That Bad! 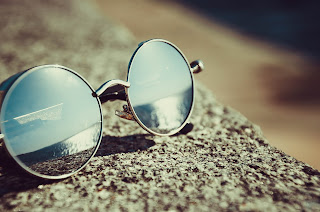 Summer temperature reached 43.3-degree Celsius (109.9 degrees Fahrenheit) in Pune this summer. Though the average summer temperature doesn't go above 38 degree Celsius, I heard a lot of people complaining about the summer heat. They say the cold weather is better! All that you have to do is to wear many layers of clothes to keep you warm. My friends who have to spend almost six months of the year in below freezing temperature have a different opinion.

Another psalmist uses a similar metaphor to describe his self-inflicted pain. 'For when I kept silent, my bones wasted away throughmy groaning all day long. For day and night your hand was heavy upon me;my strength was dried up as by the heat of summer' (Ps 32:3,4 ESV).

Everyone seems to agree that heat is not good. The heat of suffering particularly. It brings anguish and pain. It drains the strength, it drains the sap. However, it has a positive side.

Heat purifies. The goldsmith heats up the precious metals in a crucible until they melt. In the molten stage, the gold separates itself from the impurities. It gains a new shine! Sometimes God raises the heat in our lives so that we may be pure! The gold has no right to know why the impurities are removed by this painful process. Enduring the process is difficult, but the hope of purity and the new shine it is going to have helps with patient enduring.

Though it may look paradoxical, heat reshapes. As a child, I have watched the village blacksmith heating up a piece of iron until it is red-hot and beat it up to a new shape. Then he dips it in water to temper it. Again to the furnace again to make it red-hot. The iron goes through the process repeatedly: heated up, beaten, and tempered in the cold water. Then after a few hours, the blacksmith holds the iron to admire his creation. It is a piece of art now, though the process was painful.

The iron has no right to know what it is going to be. It simply has to trust the creator. It just has to believe that it is going to change the shape, and then there is going to have a new use. Heat brings with it new hope and purpose.
at June 02, 2018

PC was an ambitious young man brimming with so  much godly enthusiasm when he travelled to Ethiopia in the early 1970s. He was accompanied by his wife. Though they had got married only a week ago, the purpose of their travel was not a honeymoon.
Their purpose was to meet Emperor Haile Selassie. They were to meet the Emperor and get permission to bring the OM ship logos to Ethiopia. His Christian friends who knew the political situation in Ethiopia laughed at his idea. He had a  no political contacts, he knew no one in Ethiopia.
However, to cut the story short, he did get an appointment with the emperor! The emperor allowed the ship to be docked at port Massawa which is now a thriving port of Eritrea. Not only that, the emperor opened the book exhibition cutting a ribbon!
That was more than what PC and his wife had imagined. Thousands of pastors and lay leaders came to visit the ship, the bookstore on board and for the seminars that were held on the ship.
As years went by, Ethiopia went through drastic political upheavals. Emperor Haile Selassie lost power. Eritrea was carved out of Ethiopia. Many Ethiopians and Eritreans migrated to all parts of the world, including the UK.
Now fast forward.... Years later, PC now much older, walked into a Starbucks coffee house in the UK. It was packed, but there was a vacant chair in the corner where a young man was keenly reading a book. PC settled into that only vacant seat available to him in the packed coffee shop. Then he noticed that the book the young African man reading was a Christian devotional book.
So, they started a conversation. The young man is a pastor to a small Eritrean congregation in the UK. I call him JB for short now. As PC implored, he shared his story of how he became a Christian. He found a book in his father's collection. He knew that book has changed his father's life radically. It was a copy of the Living Bible. His father told him that he bought it in a bookstore in a ship that was docked in the port of Massawa in the early 1970s.
Then the Eritrean pastor asked PC to tell his personal story. With tears of joy welling up in his eyes, punctuated with sobbing PC told his story. His story of travelling to Adis Ababa. Meeting Emperor Selasi to bring the Logos ship to Ethiopia. Docking the ship in Massawa. The memory of long lines of Ethiopians who queued up to enter the ship. Those who spent their hard-earned money to buy books and bibles. Yes, it was one of those bibles that JB's father bought. That is what changed his life and his son's. That is what is changing the lives of Eritreans living in the UK. Who can ignore the beginnings of small things?
(Special thanks to PC who told me this story and encouraged me to keep telling stories!)
at June 01, 2018