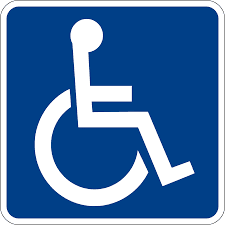 Here is this person that I have to deal with every time I visit my bank. He is always at the front desk. The reason for his position could be that he is disabled. He cannot do tasks other than greeting the visitors and helping them to fill out forms. As the result of a stroke, his left hand is paralysed and his speech is impaired. His left hand dangles from the edge of his shoulder. It is practically useless. When he wants to place it on the table he has to use his healthy right hand to lift it. It is so sad.
I used to wonder what is the use of carrying that hand around when it cannot do anything. However, he will not amputate that hand for the simple reason that it is very much part of him. It defines who he is. Without that hand, he will be a single-handed person. Without that hand, his body will lose it symmetry and also beauty. Though useless, he doesn’t ignore it when wearing a shirt. He treats it as a good hand, at least good for a shirt on. It is limited but the right hand is always there for it.
The sight of this man and his hands helps me to understand the biblical metaphor of the body for the Church and each congregation. 1 Corinthians 12 elaborates on the nature, diversity and function of the members of the body of Christ. One of the main foci of this chapter is on the mutual care of the members.
"… there may be no division in the body, but that the members may have the same care for one another. If one member suffers, all suffer together; if one member is honoured, all rejoice together." (1 Cor 12:24-25, ESV).
Every congregation has people of diverse character and abilities. This diversity is the advantage. This makes the weak feel secure because they are surrounded by the strong ones. The strong ones feel complete because they have their weaker ones to create a complete picture. They altogether feel happy and looks so beautiful because in spite of weakness and strength, together they are one unified picture and wonderful harmony.
at September 15, 2016

Making the choice between shame and guilt

The massive development that is happening all over my city results in snakes and other wild animals losing their natural habitats and food sources. So, they stray into private properties and gardens to survive.
If you spot a snake in your garden, dial the number of the animal rescue department. They will come with their animal ambulance to take it to the snake sanatorium.
If your neighbourhood has stray dogs all that you have to do is punch the number of this department. If your stars are favourable, they may turn up.
But by the time the dog ambulance is at the gate of the 25 acre campus where I live, all stray dogs disappear! The van comes with the dogs already caught. It is a noisy scene. The captive dogs bark and howl without stop. Maybe they are warning their fellow-creatures to run for their lives. They are concerned that their misfortune should not fall on them too. The stray dogs pick up the signals new prisoners send out.
But the scene in the snake ambulance is different. The captive snakes just huddle together in a corner of the cage. The snake catchers can catch more snakes easily because the captive ones are not sending out any signals to the free ones. The captive snakes don't even realise that they are in danger.
This leads me to a lesson that a wise old man taught me when I was much younger. On my maiden visit to Mumbai a mugger fooled me. With some hand-tricks, he just walked away with my money and gave me an empty wallet. I was so ashamed of myself that I was so easily fooled. So, I kept it as my little secret. But I had to disclose this to a close friend to borrow some money. The friend lent me the money but my little secret became the talk of the town within hours.
The news reached my friend’s father who was my mentor. One day, when I paid him a visit he asked me how did my visit to Mumbai go. I told him that everything was perfect and I really enjoyed it! He prodded further until he got the cat out. I had to tell him how that mugger walked away with my money. Then came the question: ‘Why do you hide this from your friends?’ Obviously, I didn’t have an answer. The old man continued after a contemplative pause. ‘Son!’ He continued. ‘Unless you share what happened to you, your friends will not be watchful. By telling them what happened to you, you help them to watch out and avoid what happened to you in their life.’
He dropped an apple on my head. I wanted to shout, "eureka!" Honest admission of our failures can help others as the captive dogs in the dog van do. They are probably ashamed that they were not smart enough not to be caught. They howl at the top of their voice to warn others to avoid what happened to them. What happened to them is shameful, but they don’t want to be guilty of not warning others. So, it is a narrow choice between shame and guilt. I think in such situations it is better not be guilty.
at September 02, 2016