The parable of the “Good Samaritan” is a story that is found only in Luke. It is set within a conversation between Jesus and a scholar in Jewish law. That is why the ESV calls that character a “lawyer.” The lawyer’s question “what shall I do to inherit eternal life?” (Luke 10:25 ESV). In Judaism attaining “eternal life” is the utmost goal of spiritual life. This question need not be taken as one of the deep spiritual quests because Luke tells us that he was simply trying to “test” Jesus.
However, Jesus did not answer the question directly but shot a question at him so that he had to answer it. The answer is simple, in order to inherit eternal life one has to practice the supreme command to love God and love ones’ neighbour. By the time of Jesus, the Rabbis had agreed that the summary of the Law is the conflation of two commands, one found in Deuteronomy 6:5 and the other one found in Leviticus 19:18. The first one has to do with loving God. The second one has to love one’s neighbour.
That is what the Lawyer recited to Jesus.
You shall love the Lord your God with all your heart and with all your soul and with all your strength and with all your mind, and your neighbour as yourself. (Luke 10:27, ESV)
Jesus had affirmed this already in his conversation with another Jewish scholar according to the Gospel of Mark (Mark 12:30). It may look as if the scholar and Jesus have reached a point of agreement but the scholar still insisted knowing who is the neighbour. He was demanding a clear definition of the word “neighbour.” So, he asked Jesus to define who the neighbour is (10:29). There were different interpretations of who the “neighbour” in this command is. However, ancient and modern Rabbis are almost unanimous that the “neighbour” in this command is a fellow Jew.
Jesus told the lawyer the story that we now know as the parable of the Good Samaritan. The story is centred around a man whose identity is not known. All that we are told is that this man took the dangerous road running through the steep wilderness from Jerusalem to Jericho. He was attacked, robbed and wounded and left half-dead by the roadside. A priest and a Levite who came by ignored him. However, a Samaritan whom the Jews consider as an outcast and heretic stopped, gave him the first aid, took him to an inn. He paid an advance to keep this man in the inn and promised to pay the expense in full on his return.
Then Jesus asked the lawyer a question? “Which of these three, do you think, proved to be a neighbour to the man who fell among the robbers?” (Luke 10:36, ESV)
It is important to notice that Jesus did not answer the lawyer’s question, “who is my neighbour?” By asking him this question after telling the story, Jesus was suggesting that he has to answer a different question. That question is not “who is my neighbour” but “am I a neighbour?” It was a subversive question which demanded a new radical approach to the issue at hand.
Through this parable, Jesus was rewriting the Jewish law and its interpretation in one stroke. Jewish scholars interpreted the “neighbour” differently. But there was a consensus in their approach that the definition of the “neighbour” is crucial to its interpretation. However, Jesus questioned the methodology. It is not the definition of the neighbour that matters but being a neighbour when the situation demands!
Jesus thus demands us to re-imagine ourselves in a world full of need, pain, and injustice. That is the world of the man injured in the attack of robbers. If we limit ourselves to loving our neighbours, we will not be able to reach out to him. In other words, we will not ever enter into the world of those who are oppressed, exploited or otherwise disadvantaged. But being a neighbour opens unending opportunities and challenges in a world of pain for us to serve God’s people. That is what Jesus meant by the story of the Good Samaritan.
at April 25, 2016

I wear bifocals. They are inconvenient in many ways. Being not very patient, I used to run up and down the stairs but I now I don’t. The stairs don’t appear to be the same as they are seen through the bifocals. Experience has taught me to slow down when I approach a step. I learnt that I should not judge reality with my own subjective vision.
Whether it is bifocals or  not, it is important that the glasses are clean. Sometimes, I am so lazy I don’t care to clean my glasses for days at a stretch. Then I wash or wipe it only when the sight is so hazy. A clean pair of glasses is important for clear vision so is clarity in life for judging others. If someone looks not so clean it could be that my view of them is simply hazy.
Whether we wear glasses or not, we don’t have control on our eyes. It is our mind that drives our eyes. Though what we see are accidental, what we gaze upon or doing a double-take is certainly the work of our mind. We can’t blame the glasses for what we chose to delight in seeing.
That is whey Jesus said, "The eye is the lamp of the body. So, if your eye is healthy, your whole body will be full of light...” (Matthew 6:22). Jesus was certainly talking about the eye that is driven by our minds, not just the organ. It is true that Jesus used a hyperbole in Matthew 18:9: “And if your eye causes you to sin, tear it out and throw it away. It is better for you to enter life with one eye than with two eyes to be thrown into the hell of fire.” Though it is a bit of exaggeration to push a point home, the truth remains. It is better to have an eye that causes us to sin than not having.
at April 20, 2016 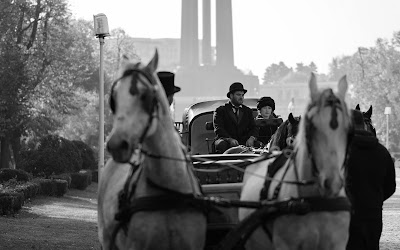